The SKL Series began in 1976 to honor Stanley K. Lacy, who had established himself as a recognized leader in Indianapolis while he was in his mid-twenties before he was killed in an automobile accident in 1973. Three years later, Edna Lacy established The Stanley K. Lacy Executive Leadership Series to honor his memory by encouraging and supporting other young professionals in their community work. Since its inception, more than eleven hundred people have gone through the ten-month program and many of the significant leaders in Indianapolis are graduates of the program or have served as moderators, such as Carolene Mays-Medley, Mark Miles, Brian Payne, Joe Slash, Judge Sarah Evans Barker, and John Lechleiter.

The Stanley K. Lacy Executive Leadership Series (SKL) is thrilled to announce its 46th class. Each class year, 25 individuals are selected to participate in this highly competitive program, which seeks to expand the ranks of community leaders by teaching and motivating members to address the needs of Central Indiana.

Class members are chosen because of their significant community involvement and professional achievement; their demonstrated interest in community issues; a record of participation and achievement in voluntary community activities; and their willingness to expand their leadership role in the community.

Rick Fuson has been named the Moderator for SKL Class XLVI. He serves as CEO of Pacers Sports & Entertainment and has been a key community leader in numerous major events hosted in Indianapolis. As Moderator he will lead the class in exploring a range of issues facing Central Indiana and the role leaders can play in strengthening the community.

“The Indianapolis Region and State of Indiana would not be the important economic drivers that they are without having had dedicated leadership in both the private and public sectors. The SKL program keeps the leadership fires burning by helping generational leaders participate and discover the importance of commitment to and intentional direction of their service to community,” said Fuson.

Rebecca Hutton, President, CEO, and SKL Program Director at Leadership Indianapolis added, “Rick is an outstanding leader both professionally and throughout the community. I am thrilled that these already impressive emerging leaders will have the opportunity to sit alongside him as they continue to learn and grow. Indy’s future is only as strong as the commitment our leaders make to serving the greater good. I look forward to spending the next ten months with the members of SKL Class XLVI as they explore how they can best do that.”

SKL Class XLVI will meet monthly from September through June. Participants will interact with local leaders, professional experts, and community decision makers to discuss a range of community issues.

What you should know

See link below for information about eligibility, cost, selection process, and program description.

See link below for a list of past SKL classes.

SKL gave me the confidence to pursue my unique purpose as a leader. Through my SKL journey, I was given an intellectually challenging and robust understanding of what authentic community leadership looks like across Central Indiana. I participated in conversations and activities that helped shape how I think about leading and empowering change. 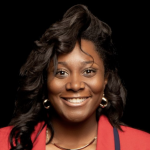 Being part of SKL was transformational to more fully understand the interconnectedness of central Indiana and how to better achieve impactful change through the opportunities and relationships I cultivated alongside an incredible group of classmates. 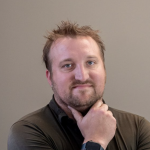 The Stanley K. Lacy Executive Leadership Series allowed me to connect and learn from an array of areas/industries to break down silos for the betterment of our neighborhoods. 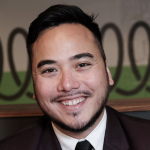